Our Northampton Branch Wins 100 New Accounts in a Year

Our Northampton Europa Road branch has doubled the size of its team in just two years as a result of record breaking growth.

The team of eight, based at Grange Park in Northampton, won a staggering 146 new accounts in 2017 alone and has employed additional operators to help with our fast rate of growth. Last year, the team’s turnover was up 55 per cent and gross profit up 36 per cent, compared to the same period in 2016. We’ve appointed four new members of staff from the Northampton area since 2016, including two Senior Account Managers and we plan to recruit another Account Manager before the end of Q1 this year.

The boom in business has come as a result of our increasingly strong road network across the Midlands and the rest of the UK, together with overall growth in the automotive, retail, e-commerce and electronic manufacturing sectors.

2018 has already got off to a booming start for our Northampton team, which has secured two new large account wins already in the first few weeks of the year. 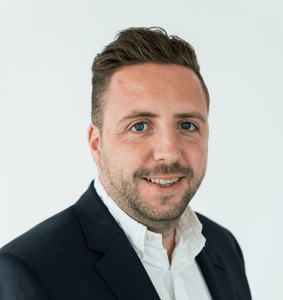 Europa Road Northampton Branch Manager, Mitch Clarke, who has been with us for two years, said the success is a result of his team’s hard work and targeted growth plan.
He said: “I’m thrilled that our team has more than doubled its turnover in the past 12 months. Our consignment numbers are also up by 40 per cent since 2016 and as a result, we’ve drastically expanded our team with some talented new account managers to take on the new business.

“The explosion in e-commerce has played to our strengths of speed and efficiency and the buoyant automotive and electronic sectors in the Midlands have enabled us to grow our regional client-base, resulting in the brilliant number of new account wins we’ve seen. We’re hoping to further build upon this success in 2018 and expand our team throughout the year.”