Our Europa Air & Sea division is celebrating reaching a turnover of £35million having achieved its best-ever quarterly results.
Europa Air, which is based at our Heathrow site, and Europa Sea, based at our Birmingham site, have both achieved record growth during the second quarter of this year.
Our Europa Air & Sea Director, Angus Hind, said: “I’m really pleased to say that this quarter has been our best by a country mile. It’s fantastic to see both divisions growing so rapidly. We saw our highest-ever container counts in July and August for sea freight. We’ve also seen a steady increase in UK exports for both Air and Sea freight, which I feel is a positive reflection on the UK manufacturing industry 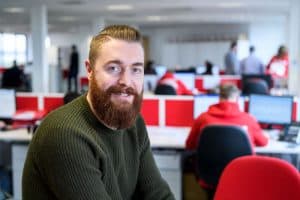 .”
Angus credited Europa Air & Sea’s dedicated operation and team of local sales people for its success. This year marks the fourth anniversary of Europa’s centralised Air service situated in London Road, Staines, and its centralised Sea service in Midpoint Way, Minworth.
The division is on the lookout to recruit more staff to further strengthen the UK sales arm of the business and continue the record growth by embedding at least one Air & Sea Business Development Manager at each of our branches throughout the UK.
Angus said: “With such a strong start in the first half of the year for our team, we’re confident we can achieve our targets for growth over the coming months and make an increasing contribution to the Group’s overall turnover.”
South East Asia continues to be Europa Air & Sea’s strongest region for growth during 2018, with America being another strong market for the business. The division aims to further improve the quality of service for new and existing customers, expand into emerging markets and become the go-to logistics provider for Asian businesses.
Europa Worldwide Group is a specialist road, air & sea, warehouse and showfreight operator which employs more than 750 staff across 13 sites in the UK, Hong Kong and Belgium.